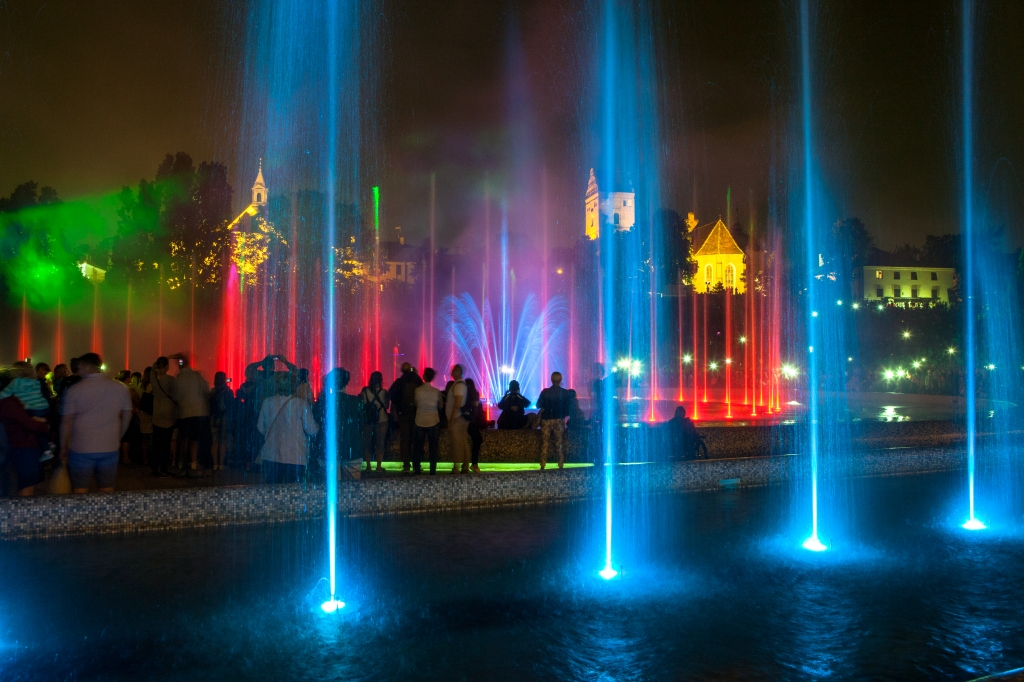 Located at the foot of the Old Town, from May to the end of September it is a place to cool down for residents and tourists. Go there on a hot day or drop by in the evening at the weekend to watch a spectacular show of light, sound and water. On the water screen with fog scattered over the water you can watch an animated story about the history of Warsaw and its legends. It is accompanied by laser lights and several-metre-high columns of water rising to the rhythm of music, lit by colourful floodlights. To admire the spectacle, it is best to sit on the grassy slope.
The shows take place every Friday and Saturday in May, June and July at 9.30 pm, in August at 9 pm, and in September at 8.30 pm.
In winter, streams of light do the dancing instead of water – at the weekends the main fountain changes into a multicolour animated sculpture, and shows are accompanied by Christmas music.
Young children can enjoy the nearby water playground, where on hot summer days they can splash in water gushing directly from the ground.
The park was created for the 125th anniversary of the city’s waterworks, a reminder of this is a bench standing by which is William Heerlein Lindley, the designer of the sewerage network in Warsaw opened in 1886. 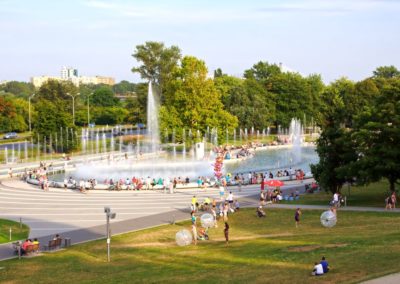 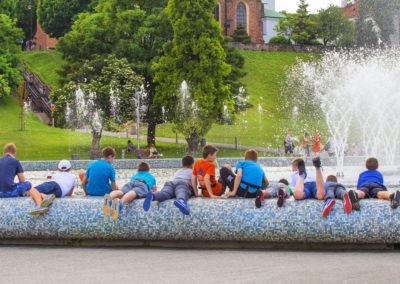 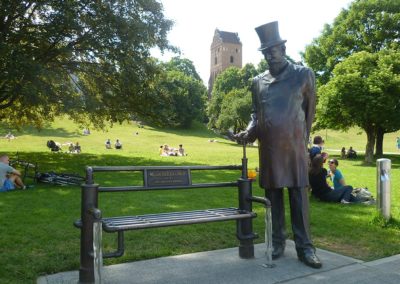 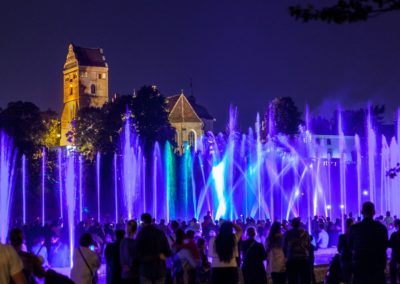 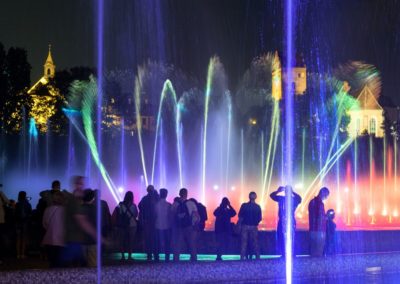 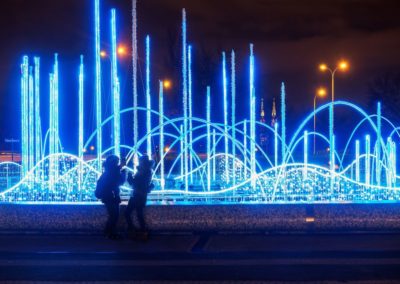 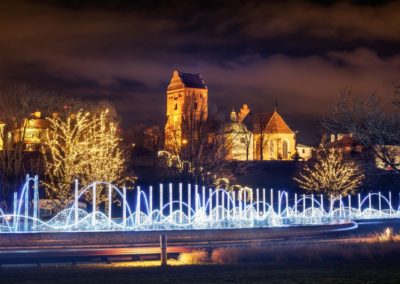 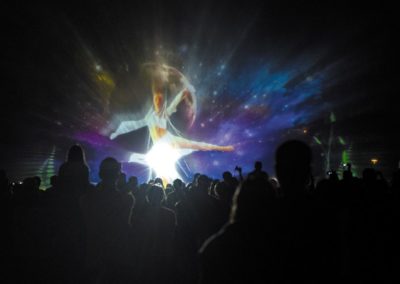 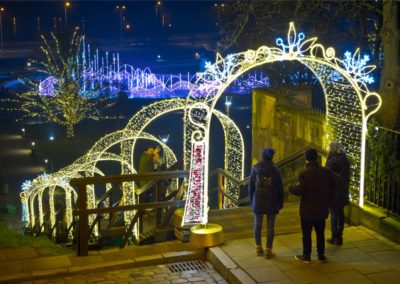 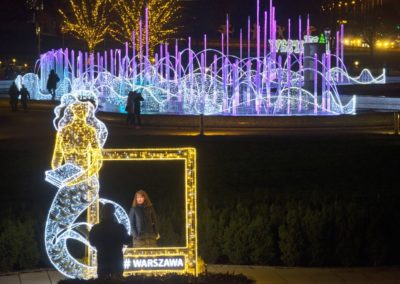