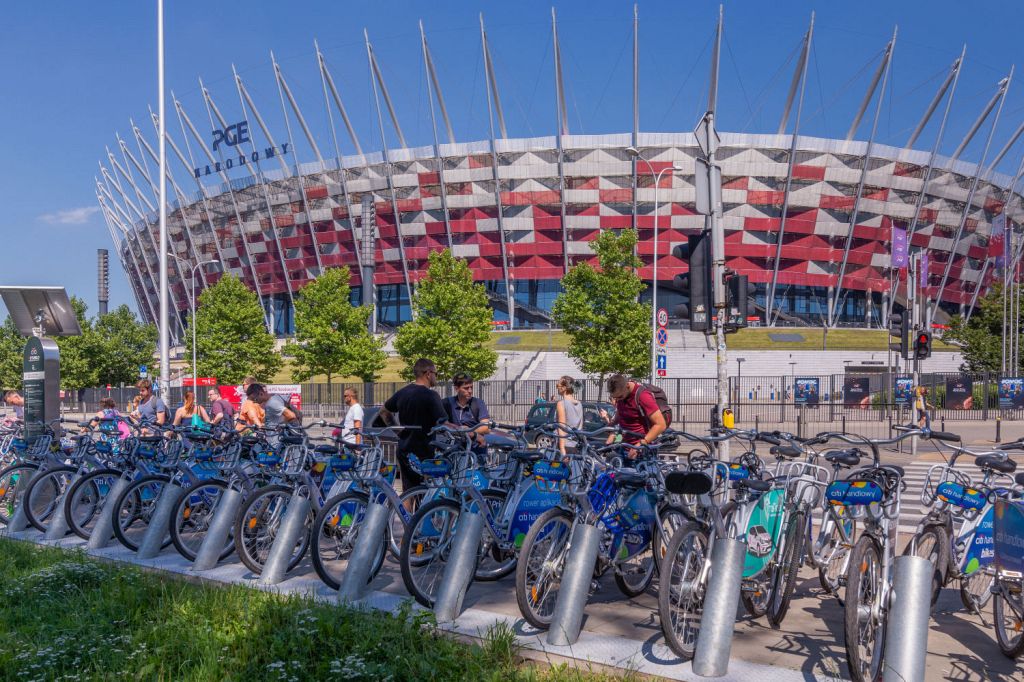 The most modern and largest of its kind in Poland, as well as one of the symbols of Warsaw, built for the European Football Championship in 2012. It is located on the site of the historic Tenth Anniversary Stadium, which from the mid-fifties hosted the most important sporting events in Poland: international football matches, Polish football cup finals, the Warsaw Derby, the Peace Race, as well as huge propaganda rallies. After the collapse of the Polish People’s Republic in 1989, around the top of the stadium and later on the surrounding land, the gigantic Jarmark Europa market operated.
If you want to see the stadium from the inside, enter the cloakroom, where Cristiano Ronaldo prepared for matches during the European Championships or see the old players’ tunnel. You can also go on one of several sightseeing routes, including: Famous and Liked”, Feel like a VIP, Touch History and Football Emotions.
Currently, in addition to football, other sporting events and various entertainment events are held, such as the foodtruck festival or Science Picnic, as well as concerts of world-class stars, including the Rolling Stones, AC/DC, Madonna, Depeche Mode, Ed Sheeran and Coldplay.

In winter, three ice rinks, a curling track and an iceberg that you can ride down are all available. You can also try your skills at the largest skatepark in Warsaw. A viewing point is open all year from which you can see the magnificent panorama of the city. At night, the stadium shimmers in white and red, the colours of the Polish flag. 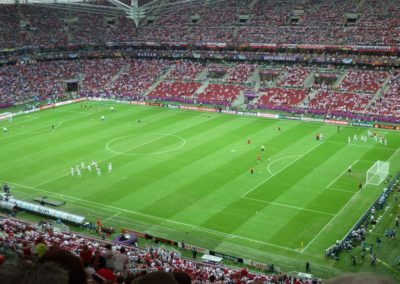 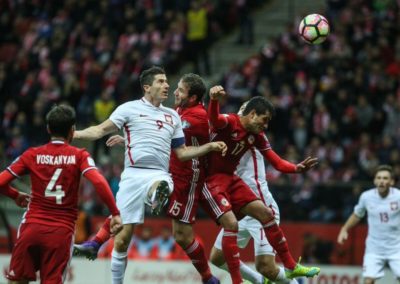 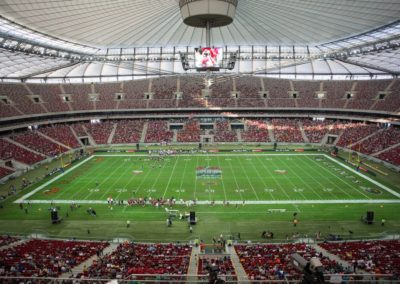 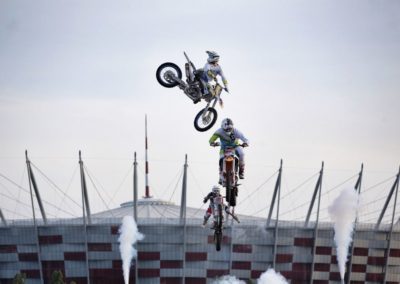 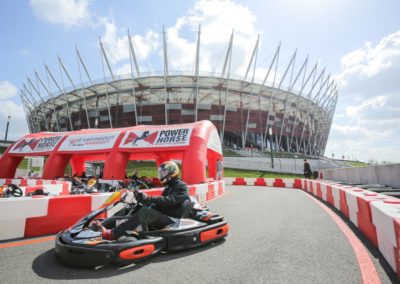 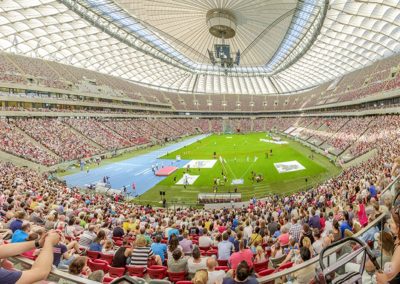 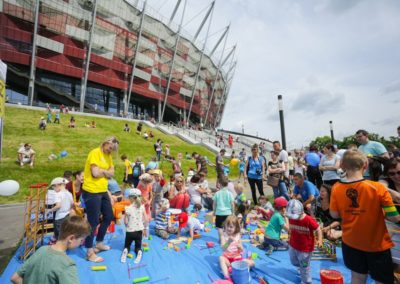 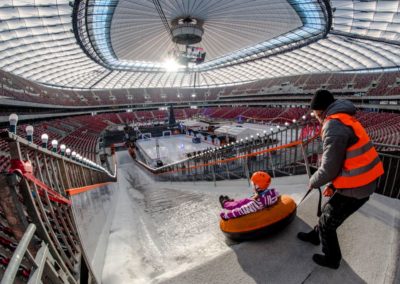 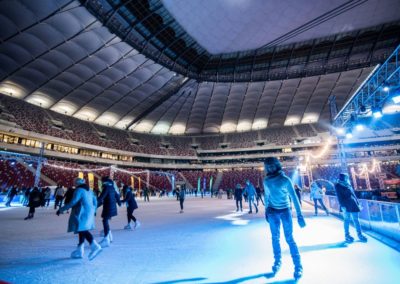 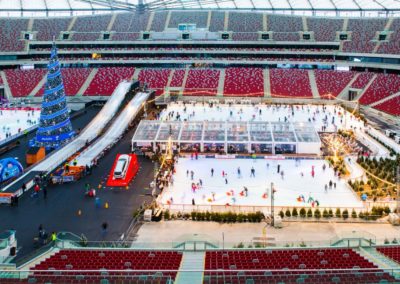 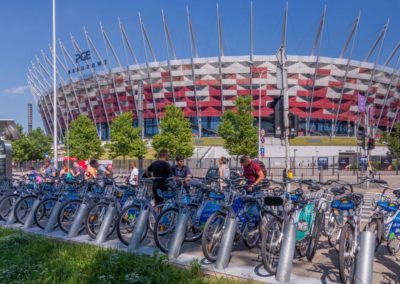 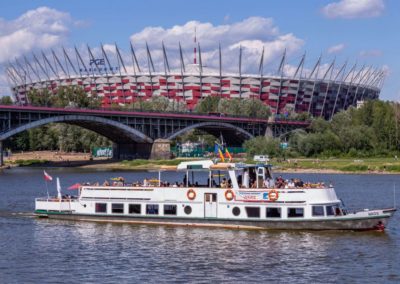 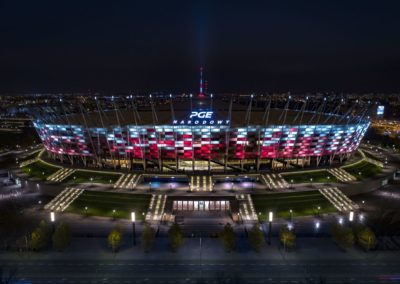 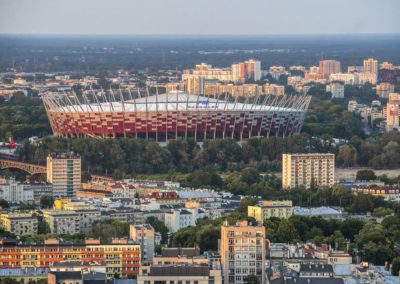 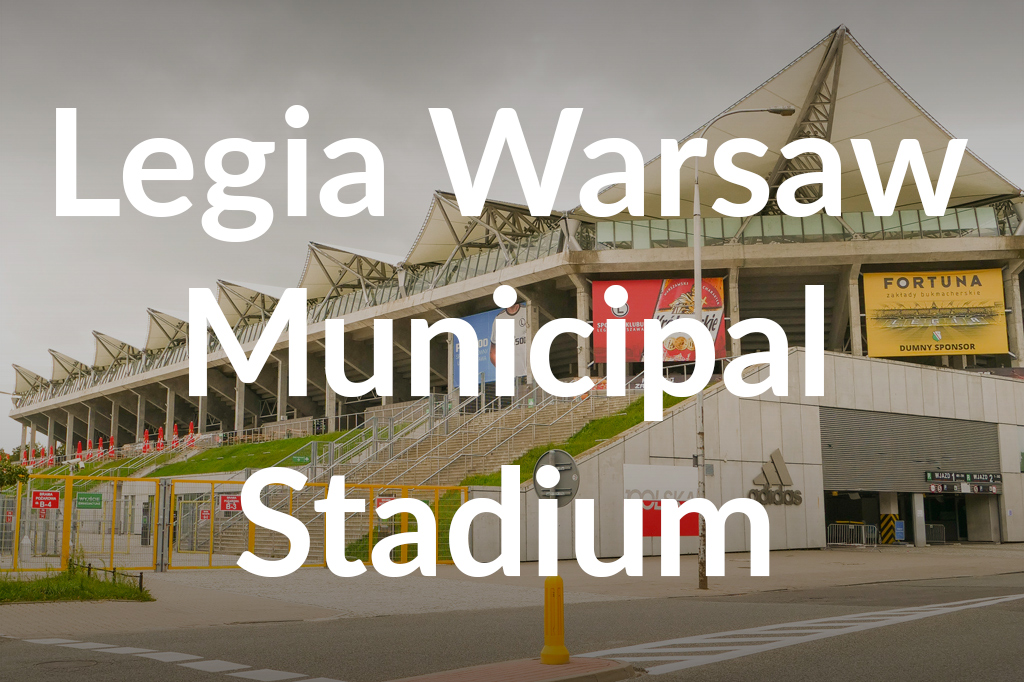 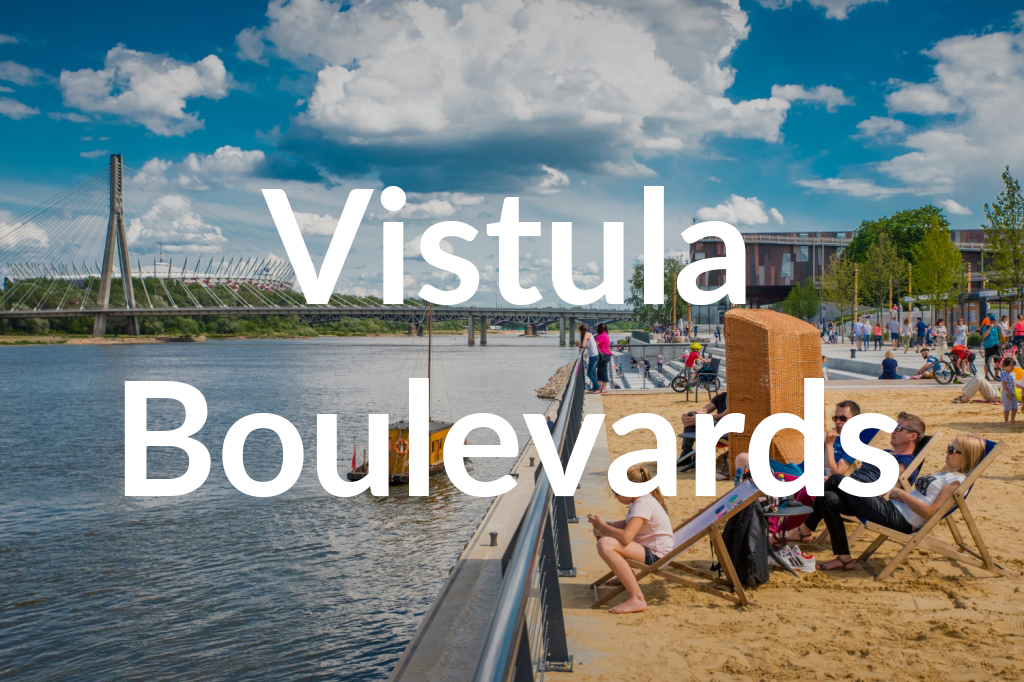