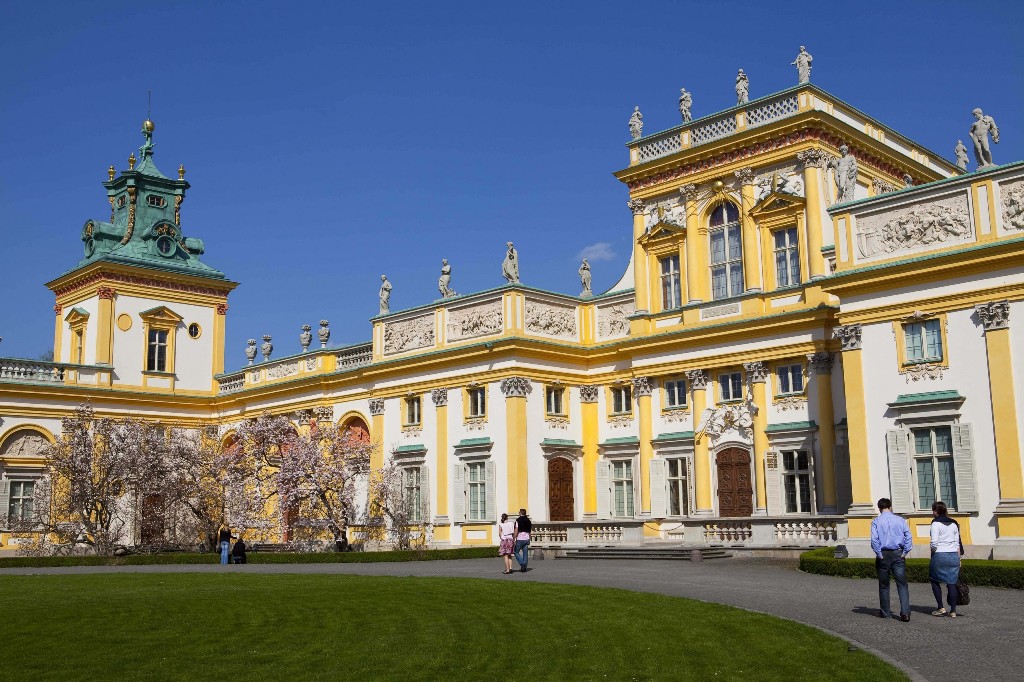 Wilanów Palace is the Baroque gem of Warsaw. The palace and garden remained unchanged despite annexations, wars and occupations. See the home of King Jan III Sobieski, the vanquisher of the Turks at Vienna, who in 1683 stopped their march through Europe. The ruler, who gained the nickname of the fearless Lion of Lechistan, lived in the palace with his beloved wife, Maria.
In the palace, you will see the king’s apartments and the suites of Queen Maria Kazimiera, which include the Chinese, Dutch and Antiquities rooms and the Potocki Museum. Stop for a moment in the White Room to see images of other palace owners and people associated with it.
Also note the beautiful seventeenth-century sundial located at the back of the palace. It consists of three shields held by the dignified figure of Saturn and owes its origin to the astronomical interests of the king.
In summer, stylish sculptures, fountains, charming alleys, a lake and a cascading stream make the surrounding park a perfect place to unwind from the hustle and bustle of the city. In winter, Wilanów turns into a Royal Garden of Light. Stroll through the gardens and encounter beautiful figures from the distant past, animals and plants with fanciful shapes.

The night is illuminated by thousands of lights that during special shows dance to the rhythm of classical music. Spend the evening here and it will remain in your memory for a long time. Nearby, in the place of the former riding hall, is the Poster Museum. 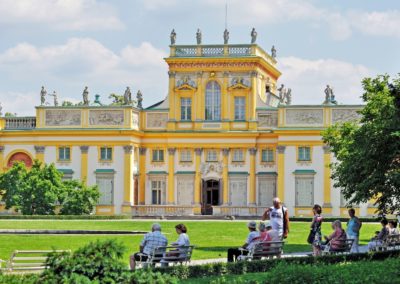 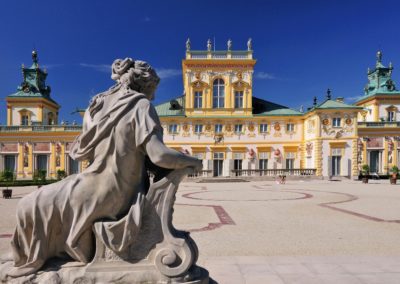 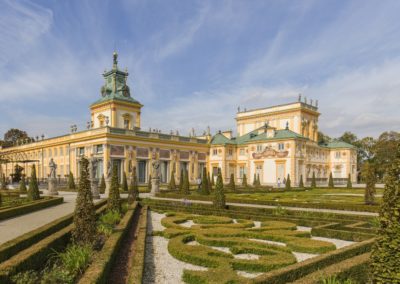 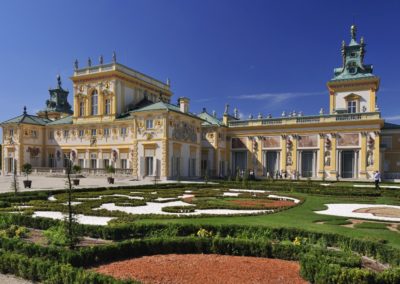 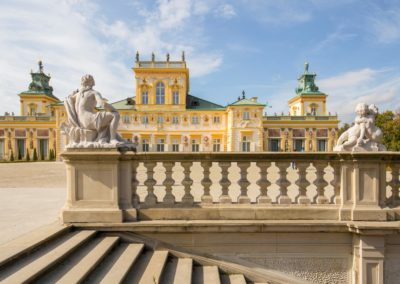 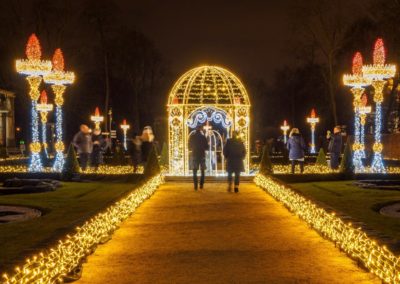