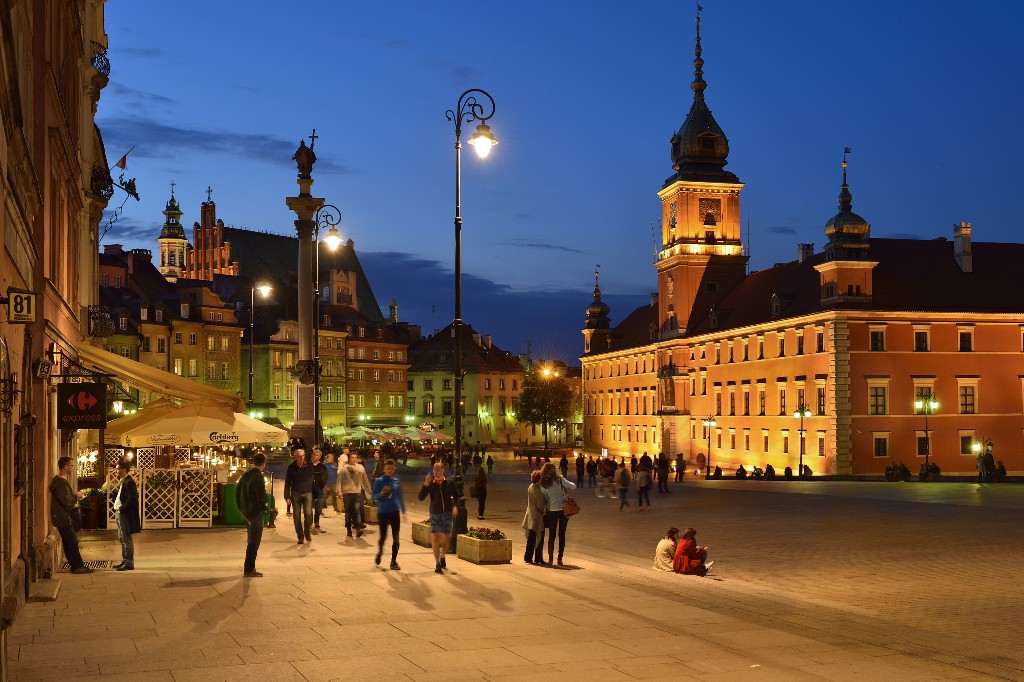 Warsaw’s Old Town is the jewel in the Polish capital’s crown. It delights visitors with its colourful tenement houses and the unique atmosphere of its narrow streets. It is no wonder that it has been entered on the UNESCO World Heritage list!
Be sure to visit the Royal Castle. It was there that the Constitution of 3 May was passed – the first in Europe and the second in the world. In the former home of Polish rulers, you will see the royal apartments, paintings by Rembrandt and canvases by Bernardo Bellotto, also known as Canaletto.
On Castle Square stands the column of King Sigismund III Vasa, who in the 16th century moved the capital of Poland from Krakow to Warsaw. The oldest and the highest secular monument of the capital is an excellent landmark where locals in Warsaw often arrange to meet.
The Old Town Square is the oldest and one of the most charming squares in Warsaw. It’s impossible not to fall in love with this place! It was laid out at the turn of the thirteenth and fourteenth centuries. Festivities and markets were organised here, but convicts were also executed. Although it is more than seven centuries old, its form has hardly changed. In the middle of the square stands a statue of the Warsaw Mermaid, the emblem and guardian of the city.

If you are interested in the history of the city, visit the Museum of Warsaw or follow the Old Town Cellars Route. See also the barbican and the bell on Kanonia street, take a stroll along the old city walls and take a photo of the Vistula from the observation point at Gnojna Góra. Step into the cathedral, which houses the tombs of the medieval Mazovian princes, the last king of Poland Stanisław August Poniatowski, and the outstanding pianist and politician Ignacy Jan Paderewski.
In the summer, the Old Town is full of café gardens and becomes a stage for cultural festivals. In winter, the Old Town and the Royal Route sparkle with beautiful illuminations. 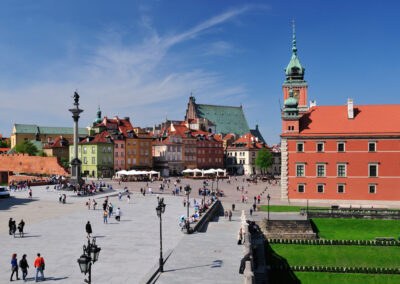 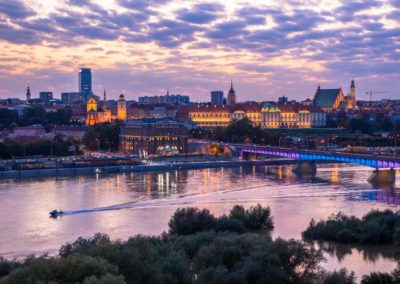 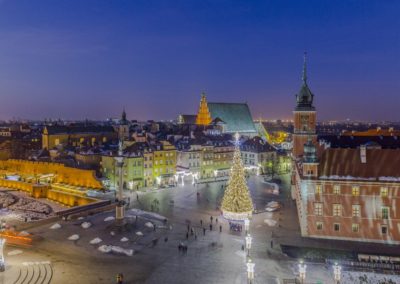 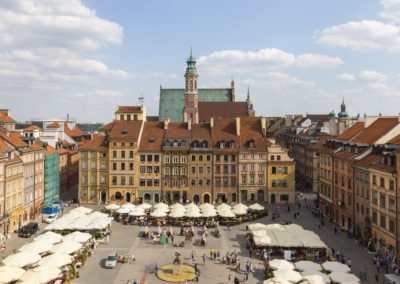 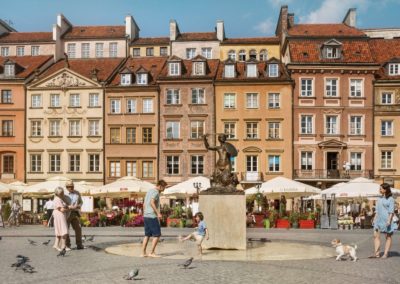 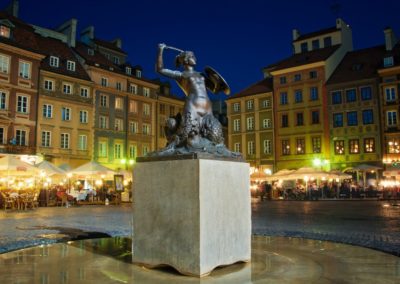 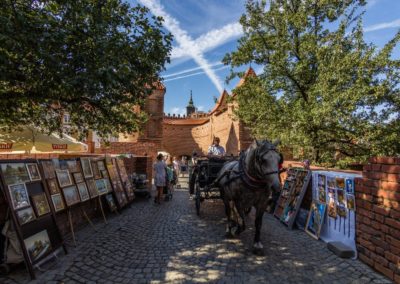 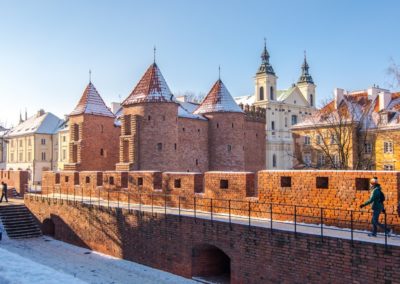 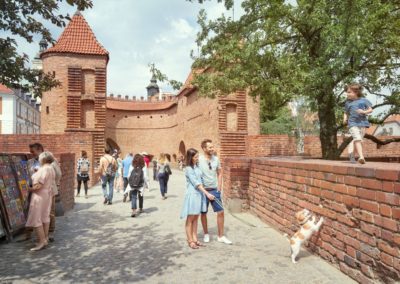 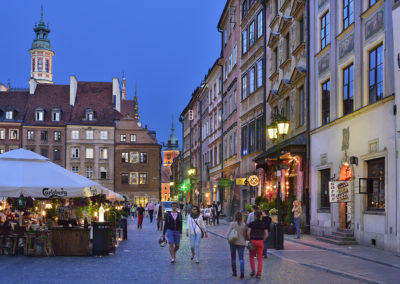 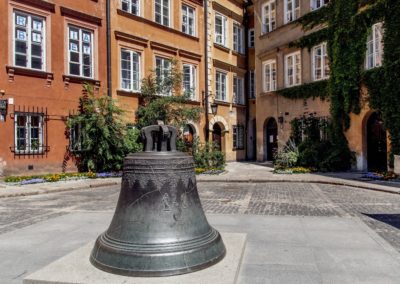 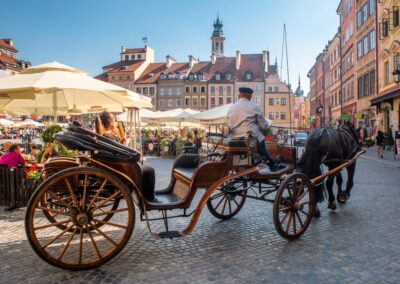 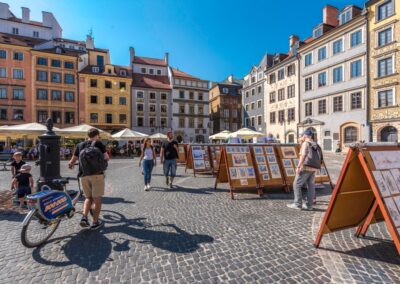 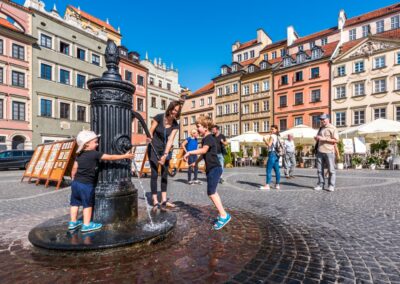 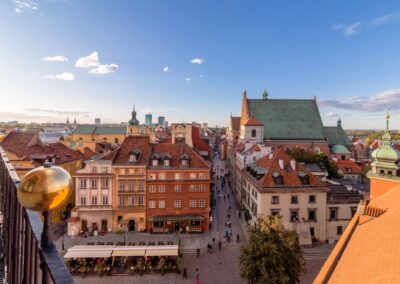 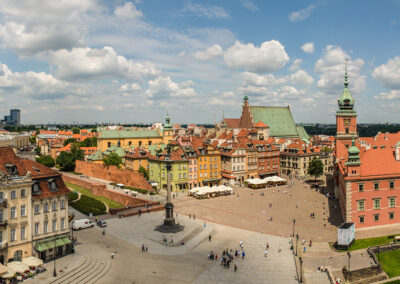 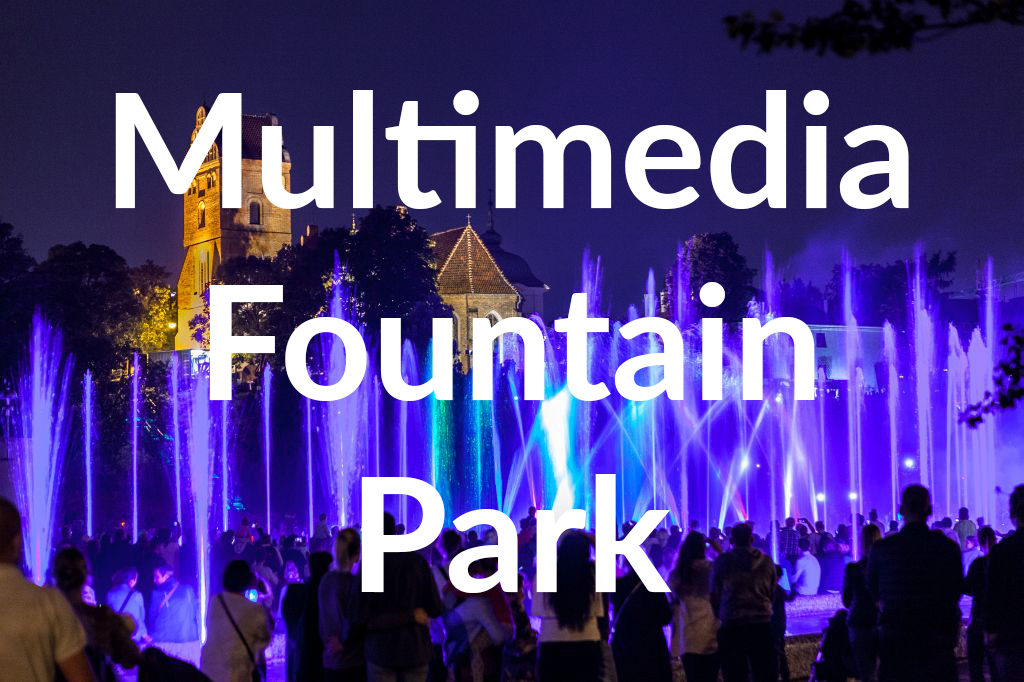 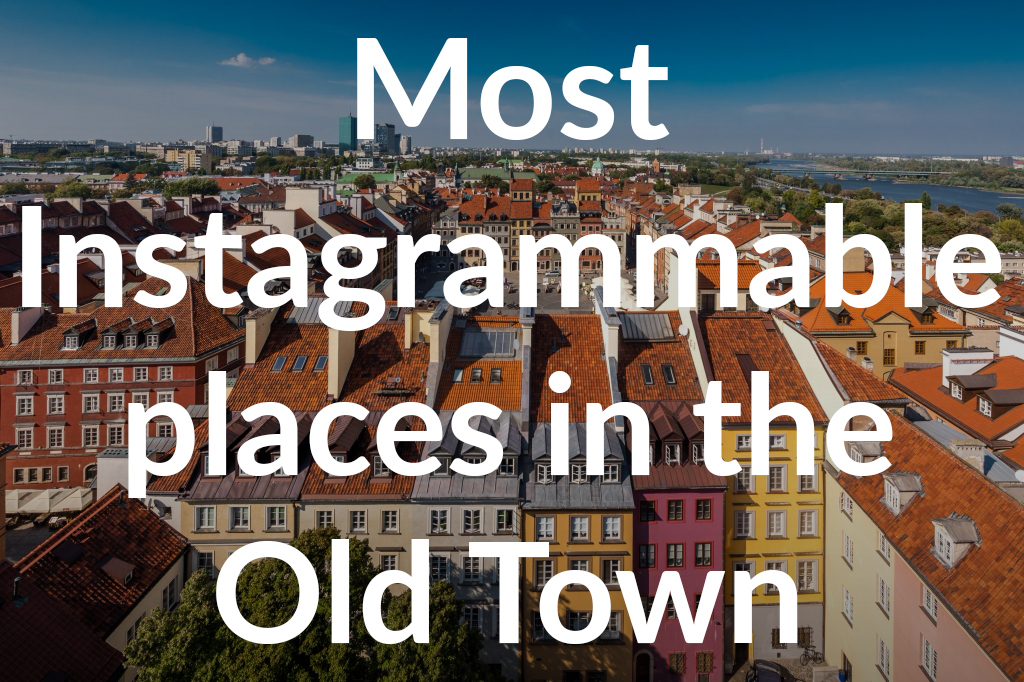 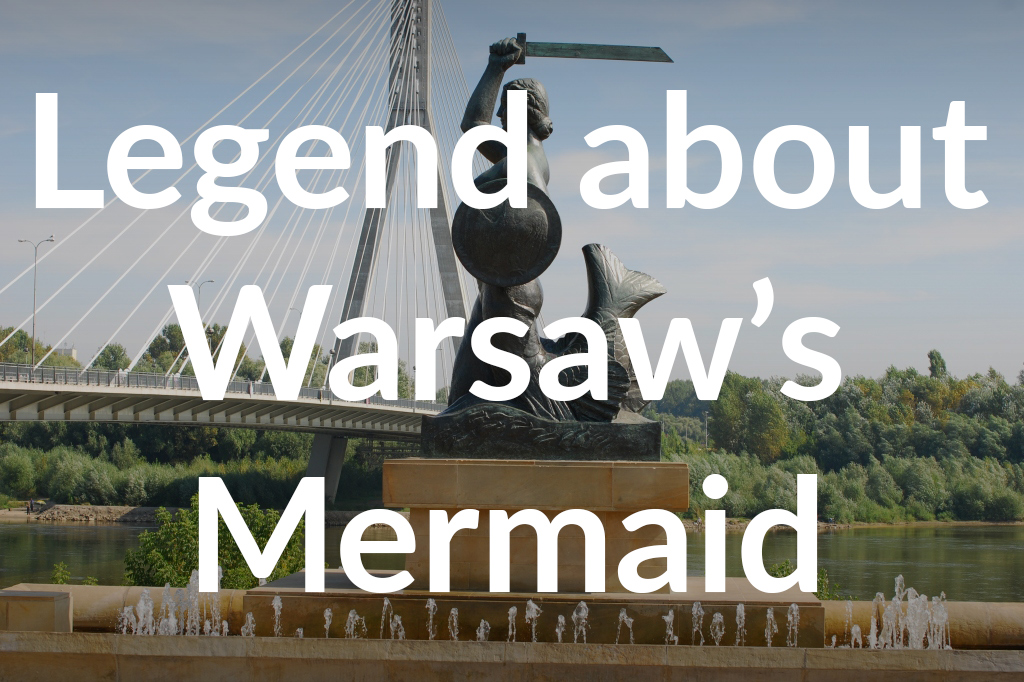