Bikes can be hired at nearly 350 locations in Warsaw, and the first 20 minutes are free. 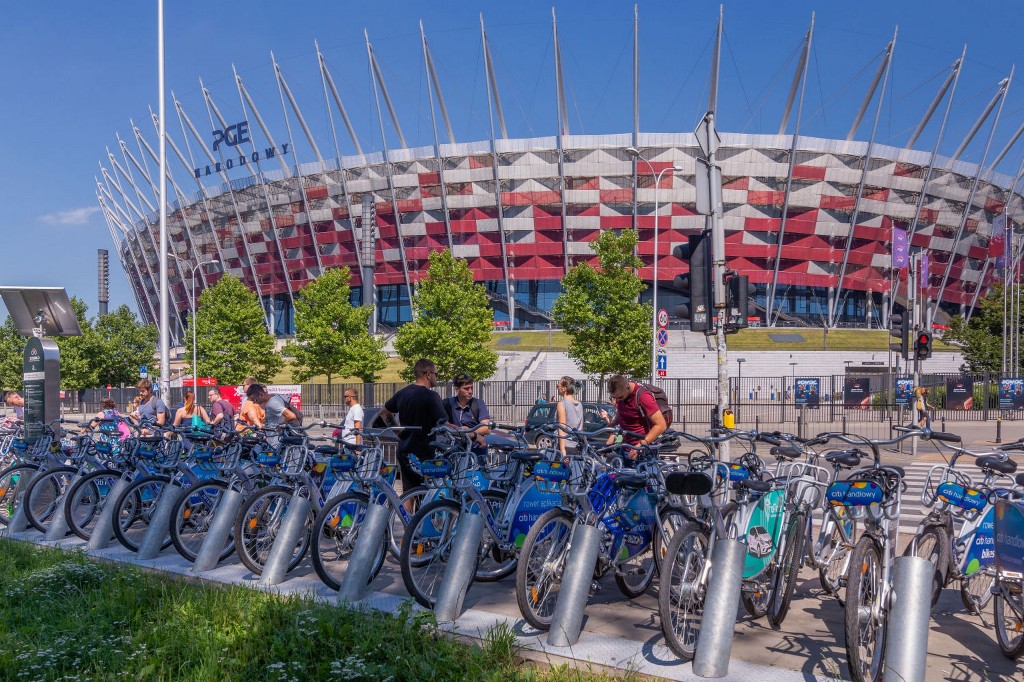 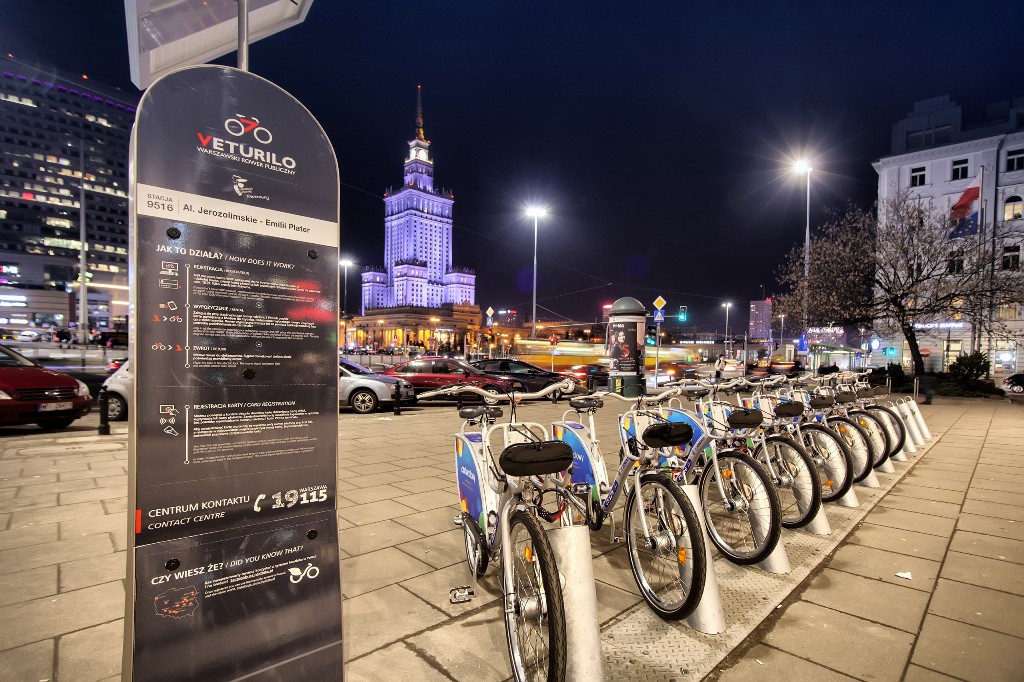 Bikes are available around the clock, for 9 months of the year – from 1 March till 30 November. Most bike stations are in the city centre. They can also be found near most metro stations. A current list of all bike stations is available at en.veturilo.waw.pl/locations

With the Veturilo bike sharing system, bikes don’t have to be returned to the point from where they were hired. Bikes can be hired in the city centre and returned in another district. The first 20 minutes are free! For the next 40 minutes you pay 1 PLN, for the second hour 3 PLN, the third 5 PLN, and for the fourth and all following hours you pay 7 PLN. Bikes can be hired for a maximum 12 hours at a time.
Attention! If a hired bike is not returned after 12 hours, a penalty of 200 PLN is imposed.

Veturilo bikes can hired in three  ways, either by registering on the website en.veturilo.waw.pl and paying an initial fee of 10 PLN via the site, or by registering by credit card at the terminal located at every bike station. The third way is to use the Nextbike smartphone app. In order for the account to be active, it must contain at least 10 PLN.

If you have questions, you can ask for help by sending an email or by calling 19 115
More information: en.veturilo.waw.pl