The mermaid has been on the city’s coat of arms for a very long time, but she did not always look the same as she does today. The oldest image comes from a city seal from the end of the 14th century. Then it took the form of a man with wings, a tail and two paws. In old pictures you will see that he had a belly covered with scales. Later, he became a woman with membranous wings and fins instead of legs. Then she looked more like a dragon than a shapely half woman, half a fish! She became a girl with a fish tail in the 1622. Today, she is painted on a red background, and she holds a sword and a shield in her hand.
How many Warsaw mermaids there are no one knows. The Old Town is teeming with them. They are on buildings, in coats of arms, on lamp posts, stained glass windows and signboards. They decorate communal buildings, including the former tram plant on Przyokopowa street, which currently houses the Warsaw Rising Museum, on Poniatowski Bridge, Hala Gwardii and at Królikarnia.
Look around carefully, because the Mermaid can be found in many places in Warsaw. 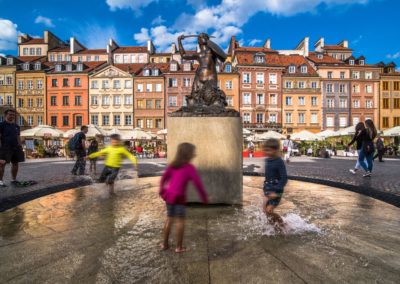 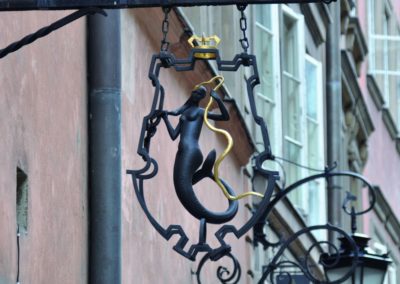 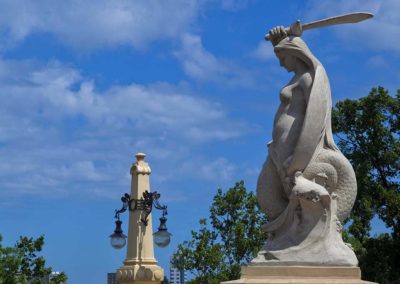 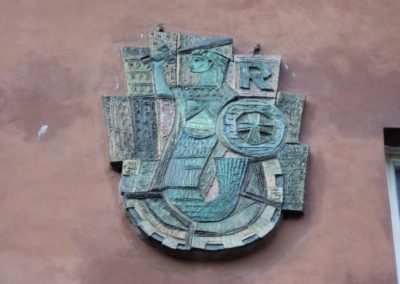 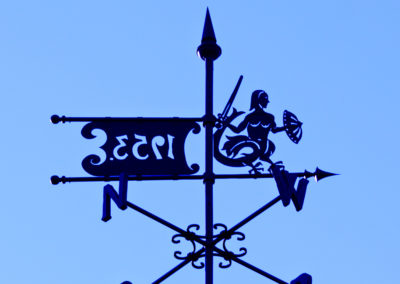 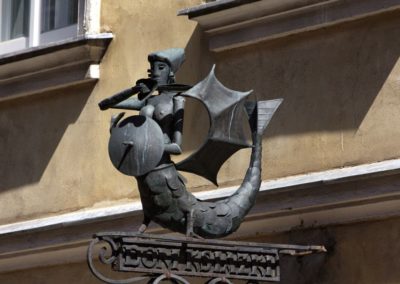 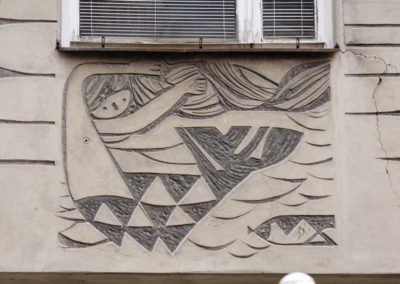 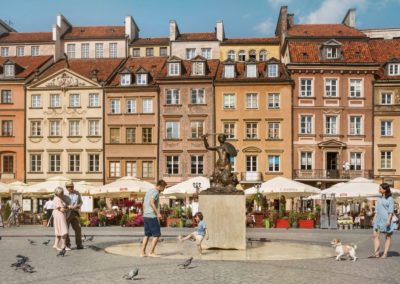 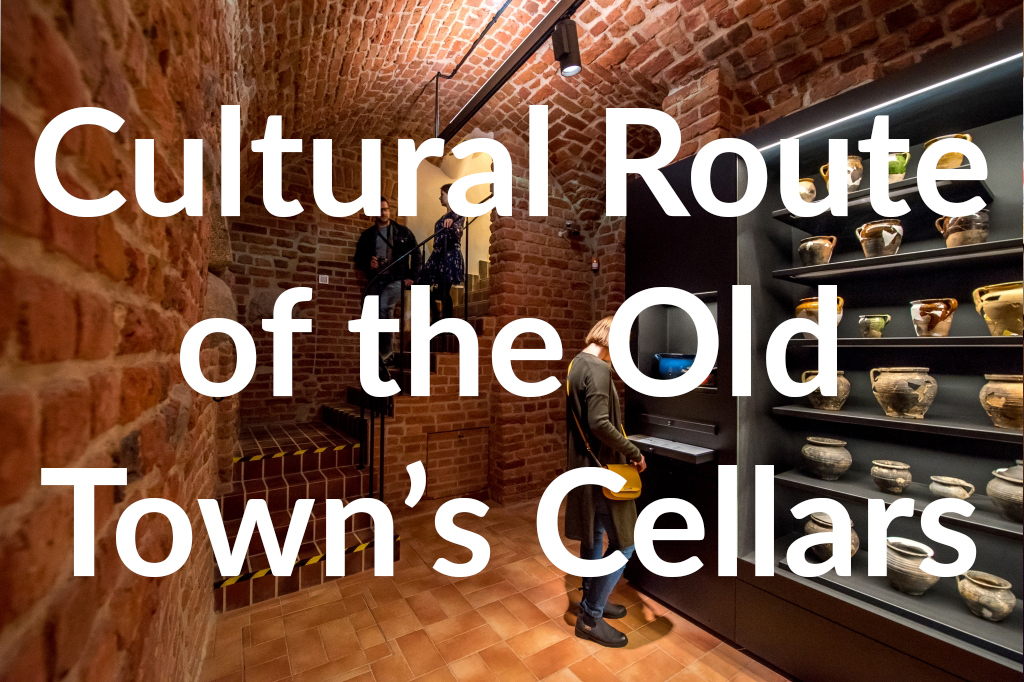 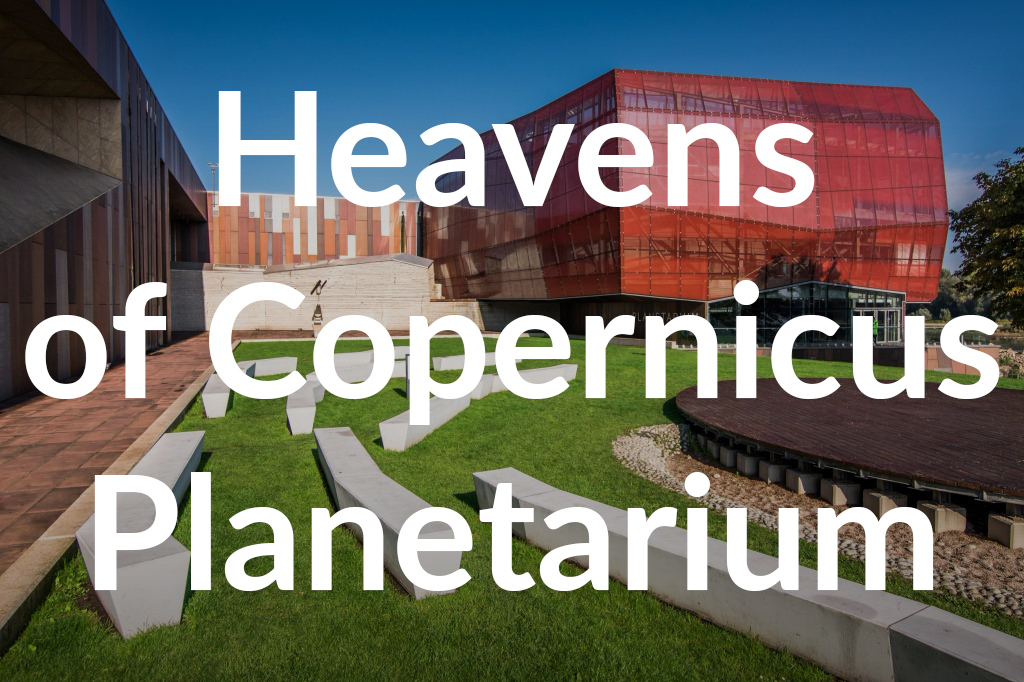